You can access the RRMC collection in person or online. 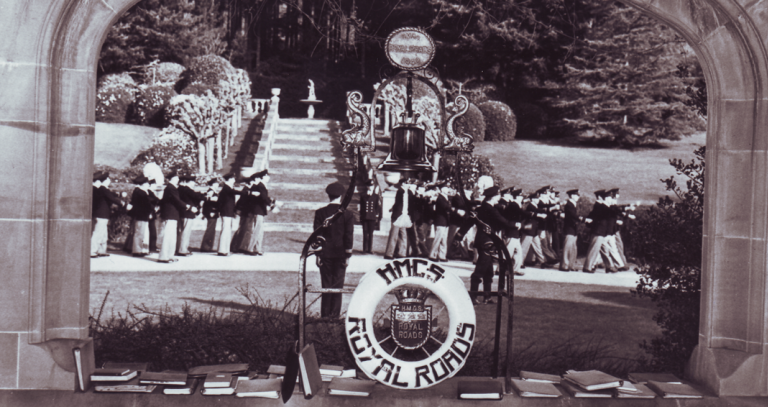 The Canadian government purchased Hatley Park from the Dunsmuir family and opened HMCS Royal Roads to train RCNVR sub-lieutenants for the navy during World War II.

The Nixon residence block opened, meaning cadets now had their own cabins instead of 25 cadets sharing each of the dorm rooms in the Grant block.

The Governor-General visited, and the entire college appeared in scarlets on the parade ground for the first time. A swimming pool and squash courts were added to the gymnasium.

Two pairs of peacocks were introduced to campus as a gift to the commandant from a family in the Okanagan.

The name of the college officially changed to Royal Roads Military College.

The class of 1946 erected a granite memorial in the Italian garden to commemorate the Royal Roads graduates killed in action.

The Coronel Memorial Library opened. Cadets were responsible for moving books from the library in Hatley Castle to the new location. The library was named after the Battle of Coronel where four RCN members of the class of 1911 died on board the cruiser HMS Good Hope.

Female cadets came to Royal Roads for the first time.

The federal government announced that Royal Roads Military College would close. The final class graduated in 1995. 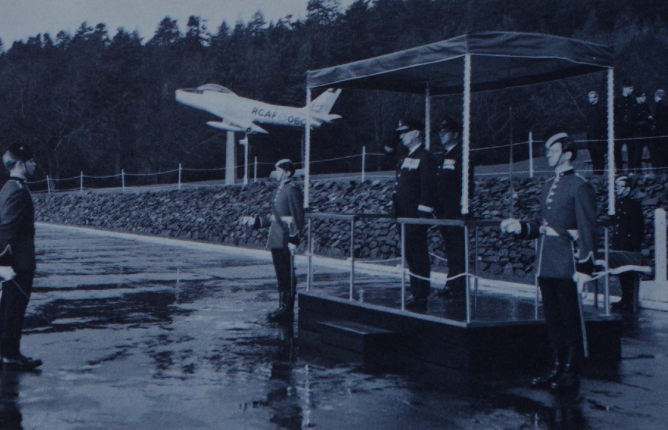 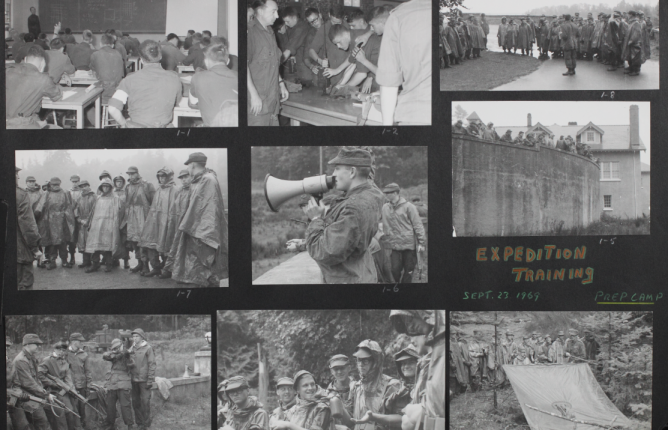 These large-format photograph albums commemorated annual events at the Canadian Services College and Royal Roads Military College from 1963 to 1988.